Crunchy jumbo beer battered shrimp nestled in a warm tortilla with guacamole and topped with a spicy lime slaw.

This post has been sponsored by Modelo. All thoughts and opinions are my own. Drink responsibly. Modelo Especial® Beer. Imported by Crown Imports, Chicago, IL. 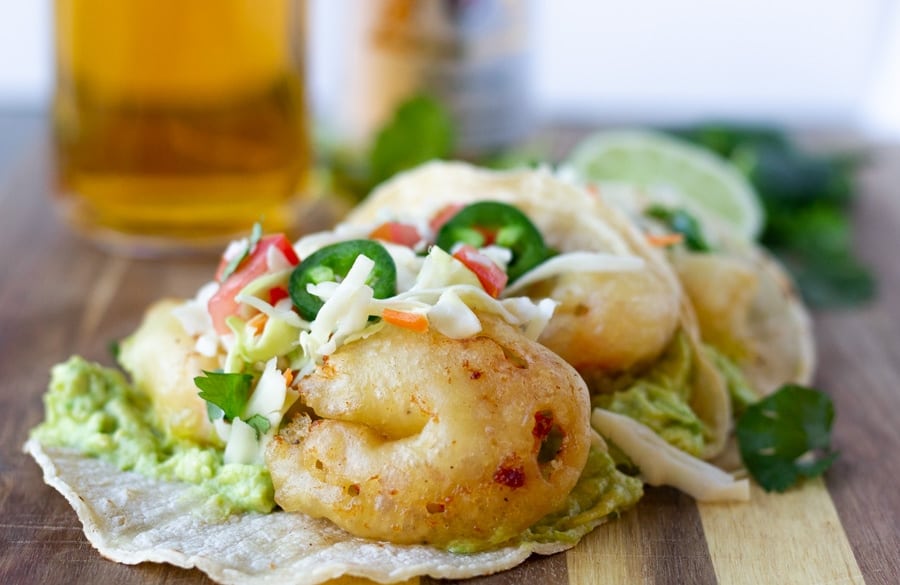 Holidays are the perfect time to gather with friends and family, enjoy delicious food, and relax with some brews. Cinco de Mayo is right around the corner and while I used to celebrate by going out to bars, now I’d much rather host a gathering at my home. If you’re like me and prefer to host at home, than you know that no Mexican fiesta is complete without some ice cold cervezas like Modelo Especial for you and your guests. 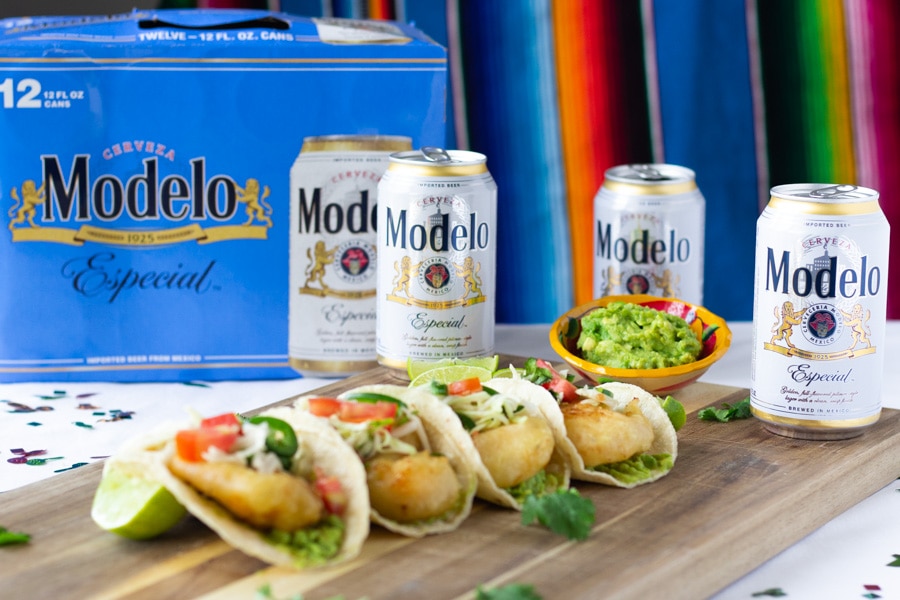 The crisp, refreshing taste of Modelo is the perfect accompaniment for these shrimp tacos—which are also made with a crunchy Modelo beer batter. I typically don’t like to make fried foods, but parties and holidays are always the exception. 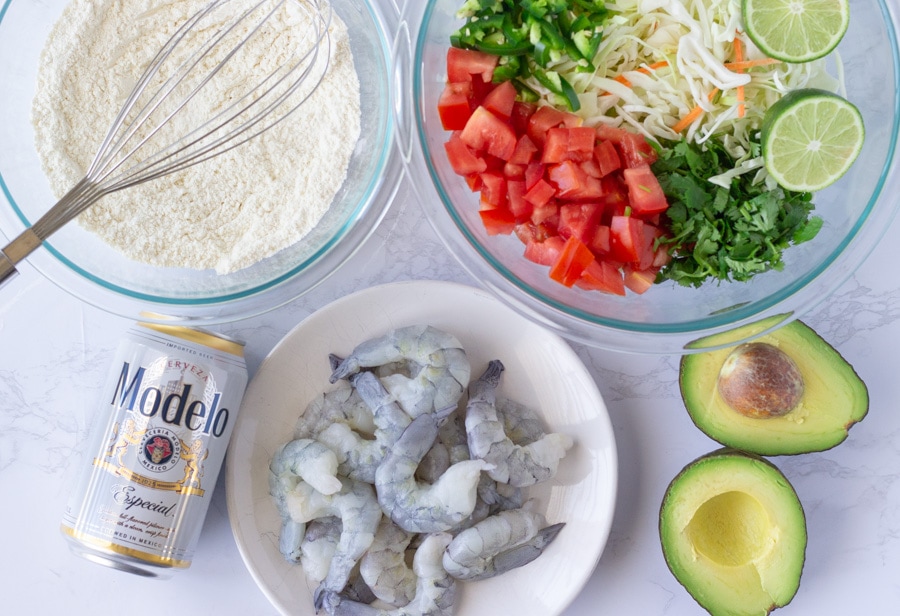 I love how using Modelo in the batter makes for a crispy crust but doesn’t feel too heavy on the shrimp. And this same batter and technique can be used to fry fish as well. 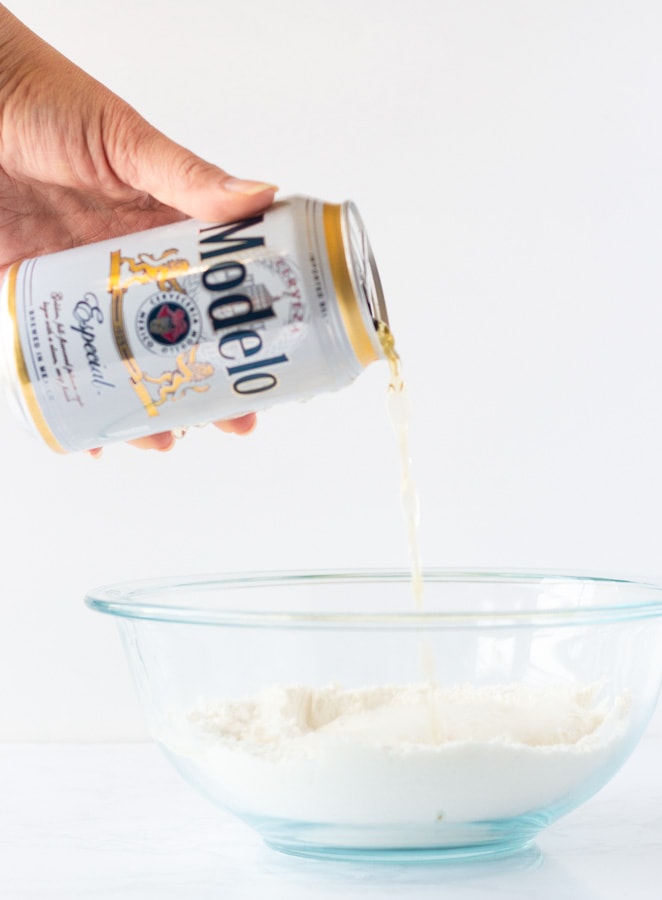 How to fry the Shrimp:

Dredge shrimp in seasoned flour, then dip in beer batter. Place in hot oil and fry each side for 2-3 minutes or until golden brown. You don’t need any fancy equipment to fry the shrimp. I used a heavy bottomed saucepan over my stove and it worked just fine. You will need a high-heat frying oil like canola, peanut, or grape seed. 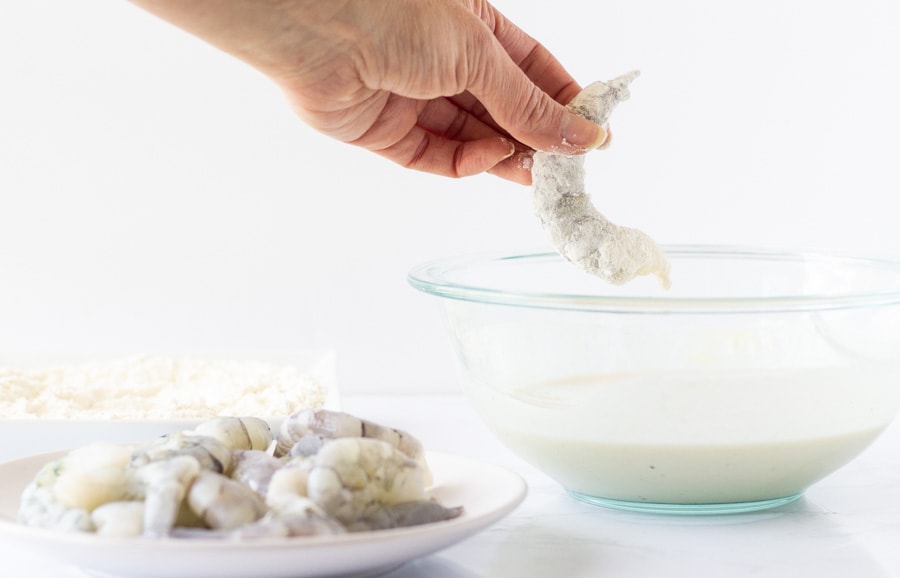 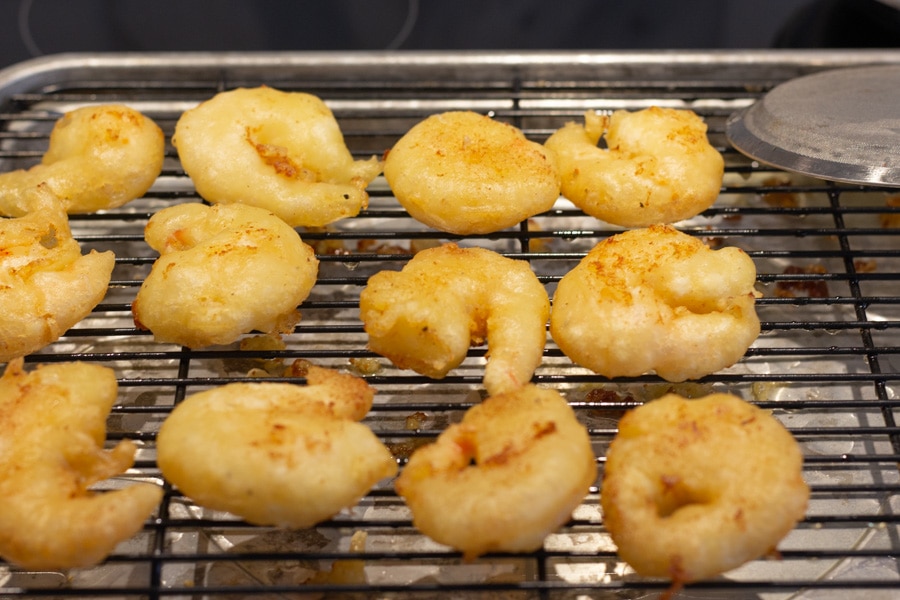 I used jumbo shrimp for the tacos and 2 shrimp per taco were perfect! These Beer Battered shrimp tacos are paired with creamy guacamole and topped with a spicy lime slaw. You can even fry the shrimp a couple hours before your party and reheat them in the oven to keep them crunchy. 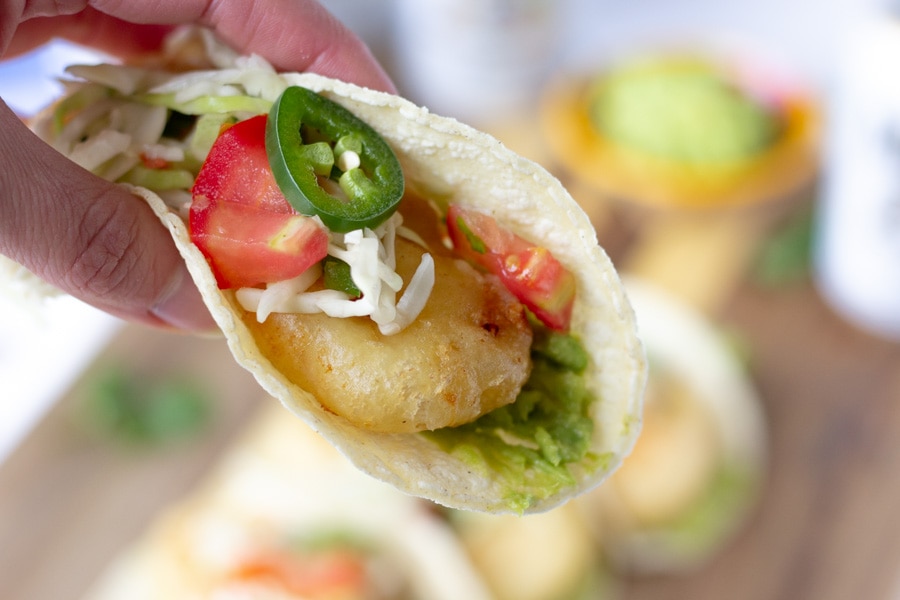 It’s pretty special how Cinco de Mayo has turned into a big celebration here in the US. There’s a common misconception that Cinco de Mayo is Mexican Independence Day, but it’s actually the day that Mexico won the Battle of Pueblo: a significant victory for Mexico over France. While May 5 is a significant day in Mexico's heritage, September 16, Mexican Independence day, is more popular in Mexico. 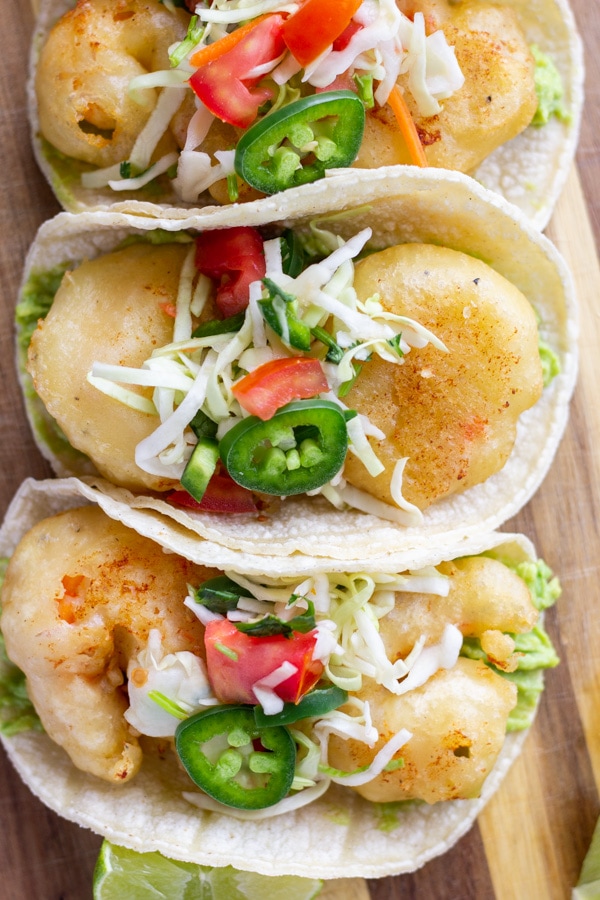 Cinco de Mayo is widely celebrated here in the US and is the perfect time to embrace Mexican culture by having a fun party with your friends. Having your own party means you don't have to battle crowds at the local cantina. Impress your guests with these Beer Battered Shrimp Tacos, and don’t forget to stock your ice chests with Modelo Especial to complete the Mexican ensemble. Ready. Set. Cinco! 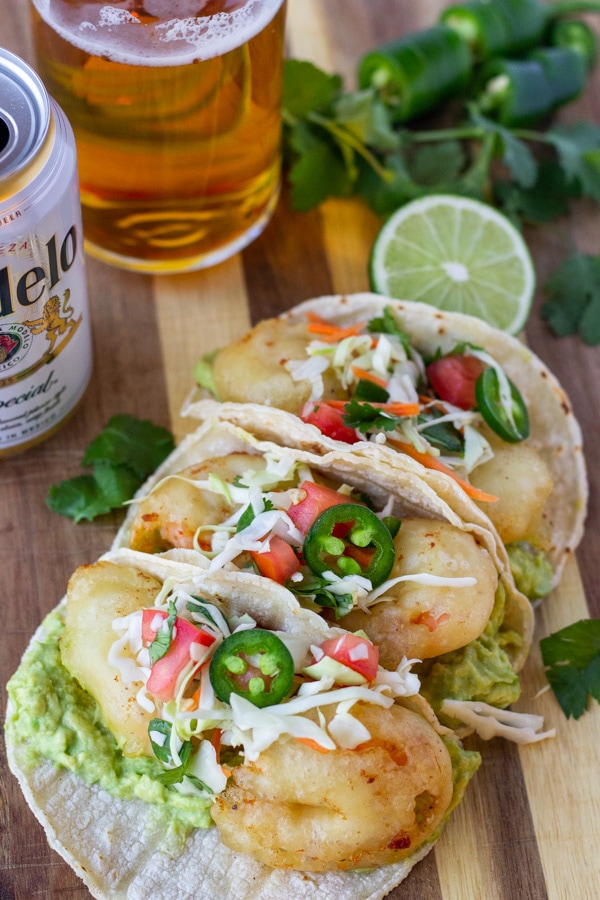 For more delicious taco recipes check these out:

Did you make this recipe? I would love for you to leave a star rating and comment below, Thank you! 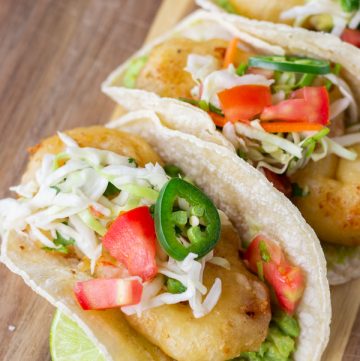 12 Corn Tortillas (warmed on the stove or oven till soft)